The popularity of Thai Food in America is generally a recent phenom. The GI’s from the Vietnam War would travel to Thailand to relax away from the conflict. They discovered the wonderful tastes of Thailand.

Being that it was basically in the middle of Southeast Asia, Thailand was the hub of Asian fusion. Thailand’s dishes reveal recipe roots from its surrounding neighbors and beyond.

Thailand’s foods offer tastes that can only be described as powerful and flavors that cover the total spectrum. For example, one bite of a Thai dish would yield salty, spicy, bitter, and sour.

As popular as Thai food is, there is still a great number of people who have not tried Thai Food. And when one steps into a Thai Restaurant for the first time, the menu can be a little daunting. There are food categories that include noodles, soups, and fried rice. And within those categories, there are additional offerings with different flavors, styles, and names.

Probably the best category of Thai Food is noodles. And a Thai Restaurant is not considered an authentic purveyor of Thai cuisine unless they make a good noodle dish called Pad Thai.

Pad Thai can be found in most Thai Restaurants. Even though the name is the same, variations of the recipe can be different. Most of the time, this dish is on the semi sweet side. A smooth sauce covers the thin noodles. Within the noodles is often meats such as chicken, pork, beef, and/or shrimp. Pad Thai is very popular among diners.

For soups, Tom Yum would be a great choice. This soup has a reddish broth that are comprised of spices and herbs that explode off of the tongue.

As stated before, Thai dishes are vast in numbers and it really is challenging to narrow down favorites. However, it is my hopes that if you are trying Thai Food for the first time, then the Pad Thai noodles, Tom Yum soup, and Coconut Fried Rice will be your foray into a great relationship with Thai Cuisine. 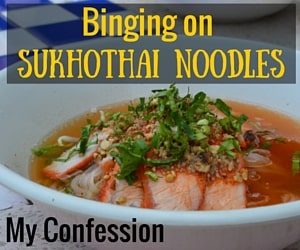